This video is the documentation of the public discussion ‘Abounaddara: Artisans of Cinema’, between Abounaddara, Victoria Lupton and Stefan Tarnowski. The discussion took place at The Showroom on 15th March 2016 and was commissioned for How to work together’s Think Tank.

Abounaddara is an anonymous collective of volunteer, self-taught artists whose practice is founded on the principle of emergency and an attitude of defiance towards established powers and the culture industry. Since the onset of the Syrian revolution, Abounaddara has produced weekly self-funded, short films, made freely available to the public online since April 2011. These films are anonymous and open-ended. They offer a glimpse of ordinary Syrians without restricting them to political or religious affiliations, while focusing on the details of daily life and evoking horror without ever showing it. The films do not look to prove a point, but rather to defend the rights of the nameless to a dignified image.

In 2015, Abounaddara was awarded the Vera List Center Prize for Art and Politics and launched a major exhibition and conference at the New School in New York. The collective was awarded the Special Mention in the 2015 Venice Biennale, from which they subsequently withdrew (please click here to see their statement at the time) and participates regularly in the Human Rights Watch film festival.

Stefan Tarnowski is a writer and PhD candidate in Anthropology at Columbia University. He was the Assistant Director and then Education Programme Director of Beirut Art Center, and was a participant in Ashkal Alwan’s Home Workspace Programme 2013-14. His writing on art has been published in Camera Austria and Art Asia Pacific among others, and he is a regular subtitler and translator.

Victoria Lupton is a cultural organiser and theatre maker and the Project Manager of How to work together. Having spent years living in Beirut as Assistant Director of Ashkal Alwan, she is founding director of Seenaryo, which creates cultural projects with refugees in Lebanon, and directs SEAL (Social and Economic Action for Lebanon).

Tarnowski and Lupton have collaborated on various projects including a translation of the play The Final Return by Ghiath al Mhithawi with the Royal Court Theatre (2016) and an interview with George Shire about Stuart Hall for Beirut Art Center (2015). 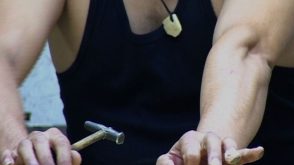