Since the early stages of the unMonastery experiment, its inhabitants have been meticulous in their drive to document, archive and inspect. It has become commonplace to relive our slow-dawning reflections, recounting mistakes made and understandings finally illuminated. This is manifest perhaps most clearly in the official record of the 2014 Matera prototype known as the The Book of Greater and Lesser Omissions; somewhere between this refined document and the tools that accompany it, we have gathered a core knowledge base that painstakingly evaluates aspects of our work, turning it into a flexible, reusable toolkit: The unMonastery BIOS (not yet released).

This book is the latest addition to our growing cultural treasure trove.  Code/unCode is the first volume of The Chronicles of the unRuly, the history and analysis of unMonastery’s activity since the exodus from Matera and the establishment of our new hub of activity in Athens. In it, we turn to the professionals. Built around a series of interviews with monks who follow varying readings of the Benedictine Rule; we pair each question and response with a parallel testimonial in the form of fragments and dialog from the unMonastery journey.

Traditionally monks contemplate and illuminate; the less-traditional unMonks send off e-posts and e-thoughts. Typing feverishly day after day: duelling over vision, daily structure, organisational and financial matters, their texts lie closer to informal speech than to the written word and can appear unformatted, impulsive and, it seems, often unListened to.  It is through just such a process that Code/unCode has been assembled in the past month by unMonasterians Katalin Hausel, Bembo Davies, Ben Vickers, Kei Kreutler, and Luisa Lapacciana.  It also features a series of unique visitations by Claire Perrault.

The composition of this book follows a double stream: interviews conducted by unMonasterians with genuine monastic superiors constitute the left-hand column — each question, and the response it generates, given its own microcosmos. In the right-hand column, a mosaic of clippings from various unMonastery communication channels reflect on the left-hand monastic testimonials of presumptions, conceptual scaffolding, and the patina of history, exposing them to the harsh practical problems of communal living, service, discipline and contribution in the age of exalted individualism.

Selected by How to work together (a shared programme between Chisenhale Gallery, The Showroom and Studio Voltaire) for the Think Tank 2014-15, supported by Jerwood Charitable Foundation. 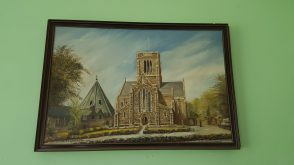 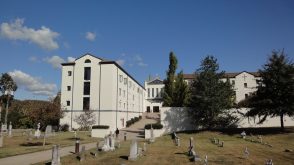 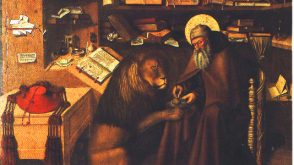