How to work together was a shared programme of contemporary art commissioning and research organised between 2014 and 2016 by three innovative not-for-profit London galleries: Chisenhale Gallery, The Showroom and Studio Voltaire.

How to work together came about because of the common ground in the galleries’ artistic activities and organisational objectives. All three galleries are committed to supporting emerging or overlooked artists with time and resources to produce and present ambitious new work. And all three galleries engage with our neighbourhoods on the city fringes of central London through our education and exhibition programmes. 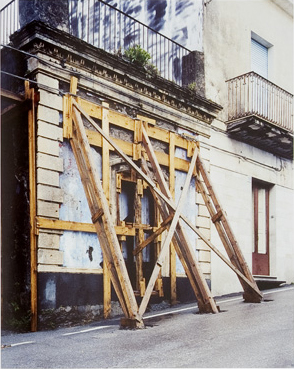 Arts Council England awarded How to work together a capacity-building and match-funding grant towards the first 3 years of the programme, as a part of the Catalyst Arts scheme. The grant recognised our record of excellence in developing contemporary art projects of the highest quality and intended to facilitate our capacity building and skills development in the areas of fundraising (with a focus on private giving), marketing and audience development in order to achieve stability and future growth.

Bloomberg generously supported the first two rounds of How to work together artists’ commissions: the first round was presented in Spring 2014, and the second round in Spring 2015.

The London Community Foundation and Cockayne – Grants for the Arts supported the third and final round of artists’ commissions in 2015-16.

Jerwood Charitable Foundation supported the Think Tank in the both the project’s first and second years, and also provided a grant for the three organizations’ capacity building during the project’s third year (2015–16).

Outset’s International Production Fund supported the first round of How to work together artists’ commissions, which were presented in Spring 2014.

How to work together also benefitted from the knowledge and skills of a generous circle of advisors that included Brian Boylan/Wolff Olins, Nicolette Cavaleros, Michael de Guzman and Stephen Escritt.

The Artist Commissions Production Fund invited individuals to support the second round of How to work together commissioned exhibitions, and comprised:

Chisenhale Gallery, The Showroom and Studio Voltaire are members of Common Practice, an advocacy group working for the recognition and fostering of the small-scale contemporary visual arts sector in London. The group aims to promote the value of the sector and its activities, act as a knowledge base and resource for members and affiliated organisations, and develop a dialogue with other visual art organisations on a local, national and international level.

This website and the bespoke typeface Source Sans How to work together have been designed by An Endless Supply, a design studio and independent publishing activity organised by Harry Blackett and Robin Kirkham, based in Birmingham, UK. The googly-eyed unicorn is a revival of an identifying mark made by Eric Gill for the Curwen Press, Plaistow, c. 1926.